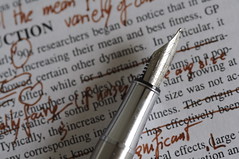 The good news: Since I started work on Arrow in the second week of January, I have written over 41,000 words.

The bad news: I still have to write at least another 35K, if not more, before this book is finished. And then I need to revise it at least a bit before I can send it to my editor... and all that has to be done by the end of April.

So if you've been wondering why I'm not around much in any of my usual online haunts, that would be the reason, yes.

But I leave you with a teaser! Because I am either nice that way or mean that way, depending on what you think of such things:

He was even taller than she remembered, his skin more tanned, his eyes greener. There was a smear of blood high on his forehead where something had cut him, and he was wearing the fireplace poker like a sword stuck through his belt.

See you on the other side!
Collapse